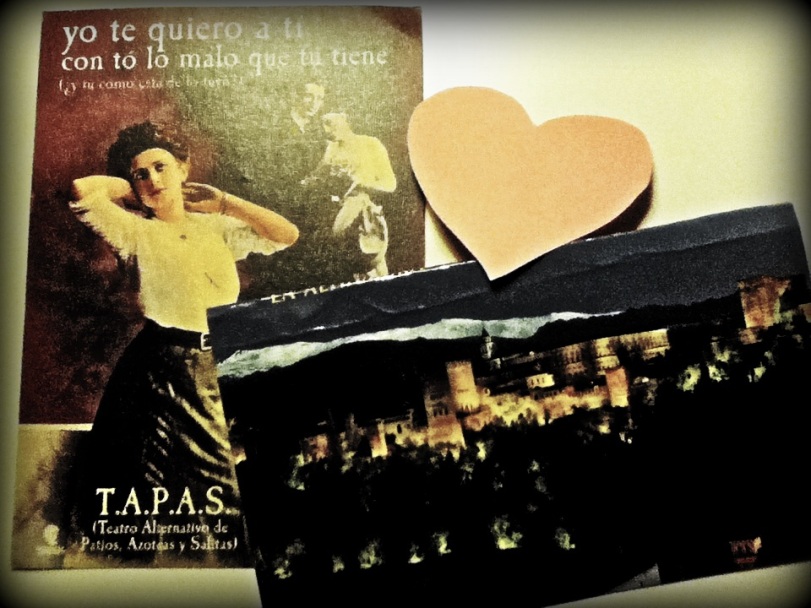 Twisting around roads that lay beneath the Andalucían mountains, gazing at the jagged faces of glowing rock and shadowed valleys, I was warmed not only by the sun’s heat overpowering the air conditioning, but also by a sense of ‘homecoming’. I had been carried along the same winding roads little over one year before yet, with each turn of a corner and the emergence of another seemingly similar, stunning landscape painting within the frame of the bus windows, it was as if that journey were only on last week’s agenda.

Granada had not lost its inimitable charm. The charm that, in a mere few days, had previously captured my heart; leaving me refreshed by the taste of hierba buena mint tea, stirred by aromas of the orient and revived by its spirit of bohemia. Now I was being reunited with its handsome character that had created my infatuation. Once again, I was drawn to its allure and as I wandered through the bar-lit streets following the guidance of each attractive sight, the story of memories leaped off from the pages of my own novel, and euphoria filled as the long awaited chance to add more chapters had finally arrived.

Returning from a day trip, approaching familiar sights and passing recognisable street names felt naturally comforting, as if the gem of Andalucía had been my home for years. Leaving the city for a long weekend must have been a premature getaway, as I could not refrain from adorning each conversation with trinkets of information and anecdotes I had so far accumulated in Granada; like a love struck teenager boring her friends by boastfully blathering about the new boyfriend.

Feeling a connection to the city, as if perhaps having a commitment to Granada with a year-long vow, I am already aware of its irritating characteristics; a flirtatious manner not reserved for me alone, but free spirited and wandering in the direction of the copious foreign students and visitors along with some bad tastes in music or its blowing hot and cold from afternoon to morning. Yet, being the sucker I am for the city’s magical charm, I’ll soon forget whatever it was that wound me up. All it takes is a quick glance at the stunning views from the cobbled hills of the Sacramonte, a taste of its homemade speciality tapas or a kiss from the southern sun, and I am a love fool once again.